This Fifth Month of COVID: Thoughts on Mothers, Love, and Failure 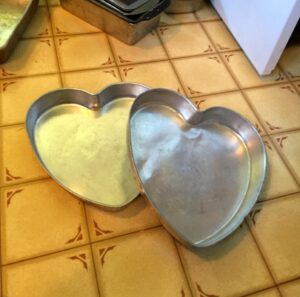 This Fifth Month of COVID

I used to spend hours each day with my mother at her senior living apartment. That ended suddenly, one day in March, when I found a sign on the door saying the building was closed to visitors because of COVID. After five months now without a serious, face-to-face talk with anyone but my husband and our dog, I feel an increasing need to say something meaningful to somebody different. I’m an introvert, a poet, comfortable with small spaces. Given all that’s going on in the world, it feels safest inside these four walls. The pandemic has exposed some scary things—there’s a polarity, a mean-spiritedness around us. People choose camps: “I’m religious” . . . or “I’m scientific” . . . or “I’m liberal,” or “libertarian,” or “conservative.” We could parse it a hundred different ways. In today’s political climate, you have to pass a membership test—you have to choose an identity and wear it like a medal. Here’s my confession, this fifth month of COVID—in this climate, I’m a failure.

The photo above was taken on a weary, heart-sore day, just before my mother sold our family farm and relocated down the street from me, two states away. We were packing for her move, and I had just pulled the pots and pans from the lower cabinets and the drawer under the oven. Those beat-up cake pans shaped like hearts tore at me. I haven’t baked a layer cake since high school, so the pans were destined to go into the donation pile, my mother’s days of baking heart-shaped cakes behind her. I snapped the picture to remember that poignant moment, to remember childhood.

Those pans were in my mother’s kitchen for me. My birthday falls during Valentine’s week, and every year my mom would bake me a heart-shaped cake that she served at my heart-bestrewn birthday party. She made beautifully decorated heart-shaped cookies for me to take to school, the names of each grade-school classmate written in icing on their own special cookie. My mother is a hermit, an introvert like me—but she knew something about showing love, sharing it in tactile ways. Of course, being raised by her shaped me. In the things I write, hearts show up repeatedly. The word “love” shows up too, also frequently.

Before I retired from teaching, I used to have my composition students do a “show, don’t tell” writing exercise. I wrote a list of “types” of people on the board, types that would mean something to a college age student, and asked them to choose one and write an evocative description illustrating someone who fit that category, but never using the word or words from the list. I pointed out that we were playing with stereotypes. We would define the term and discuss it awhile. Then I would turn them loose, reminding them to be aware of their assumptions, to be respectful, but to have fun. When they were done writing, we would read their efforts aloud and guess which “type” the writer was illustrating.

The types on the list included “flower child/hippie, farm boy/girl, small-town girl/boy, city boy/girl, state college student, private college student.” My students were invariably creative. They had a good deal of fun at their own and one another’s expense. That’s not where it ended, though. At the close of class, I would tell them that the secret of the exercise was that, at different times, we all fit into different types. They always looked incredulous.

“No, really,” I’d say. I’d share my experience as an example. I’d grown up in a small town, though my family had lived for a time with my paternal grandparents on their small dairy farm. I’d attended a state college in the 1970s, where I wore my hair long and straight, dressed in bell-bottom jeans, dabbled at guitar, and drove a VW Bug. Later, after earning my BA, I’d lived in Boston and worked at Harvard. I had been the assistant to a resident dean at one of the college’s residential houses. I also took some writing classes. I had been an active part of student life. “Each of those identities,” I told my students, “is still within me. I am—and you are—multi-dimensional and complex. Don’t let anyone tell you differently.”

Of course, that was then—half way between my heart-shaped birthday cakes and the advent lately of Social Security checks. But who am I now, as a seasoned woman? How do I see myself? This cheeky poem of mine—speaking about myself in third person, and about poets in general—plays with those questions. I do like to play when I write. And yes, my preoccupation with love gets the worm turning.

She worries sometimes. She keeps writing
the same poems, succumbs to the same preoccupations:
Love. Love me. She wonders, is it weakness
of character, lack of imagination?
Is she deficient biochemically? Vitamin E, vanadium,
alpha-lipoic acid? Should she be taking
some kind of herb . . . Holy Basil . . . Sweet Marjoram . . .
Mother of Thyme?
Now she finds out it’s not her, at all.
It’s worms.

Worms are crawling through space.
The folks at the other end of the oddness spectrum—
the kids who were laughed at in high school
over their shirt-pocket pen guards, the ones holding the keys
to the lost art of the slide rule—those people
keep talking and writing (and leaving the pages around
for just anyone to find) about wormholes
running through black holes. Get on the worm highway,
and you’re on a shortcut through space!
Time is stretched—a day, as Saint Peter
once wrote, like a thousand years. It’s the portal
to another universe, it can take you
back in time. That, she figures, explains it.
By destiny or chance, gravity or grace, she keeps twisting
her ankle in the same annelid-hole,
and off she goes—another shot at writing her way
past a parenthesis so dense even light
can’t get by.

Read the literature—
thousands of pages about wormholes, not a syllable
about the burrowers. This, too,
worries her. If there are wormholes, there must be worms.
She wants to know what they look like, whether
gargantuan or small, how wormhole society is organized,
where they dump the contents
of their gut tubes. More than anything,
she worries that in every conceivable sphere, her kind—
Homo sapiens, the “wise man”—joyrides
unthinking down tunnels, oblivious to the shadows scuttling
for safety at the other end. She wonders,
is it weakness of character, lack of imagination?
Are we deficient biochemically—vitamin E, vanadium,
alpha-lipoic acid? Should we be taking some kind of herb?
Holy Basil, for love, Sweet Marjoram for gentleness,
Mother of Thyme, on which they say
a Holy Child lay.

The last image in the poem implies a mother, the Holy Mother. No heart-shaped birthday cake there, but a cushion of herbs. I had gone to my files one day and dug out this poem, intending to revise it. In its early drafts, I hadn’t named any herbs, so I looked up folklore about them to see what I could find. After I learned that there’s a Christian legend that the Baby Jesus lay in the manger on a bed of Mother of Thyme, the poem took on a whole new dimension.

But back to where I began—the political climate, and those membership tests. Here’s a list of the too-many, too-varied medals I might wear:

First, I’m a person of faith—to the point where I wrote a novel about people of faith. If I had to pick scripture to live by, I’d start with Matthew 22:37. The King James Bible puts it this way, quoting Jesus, in its beautiful archaic language: “Thou shalt love the Lord thy God with all thy heart, and with all thy soul, and with all thy mind.” Verse 39 goes on to add, “Thou shalt love thy neighbour as thyself.” That, to me, means all people, of all colors, persuasions, and creeds. I don’t know a God who discriminates between human beings.

I’ll warn you—the things I’m about to say now might be confounding.

I’m science-minded. I follow science to the degree I’m able (poet that I am), using all my mind (heart, soul, mind) as part of loving God—and I look to credible scientists to fill in the blanks for me. Politically, I’m conservative in that I see a need to live within our means, both as individuals and as a country. I’m also liberal, in my understanding of caring for and promoting the common good—that idea, again, of loving my neighbor as myself. You could call me libertarian if you want to, because I don’t take things at face value in deference to authority—I check them out and call bullshit when I see it. Maybe it’s in my Finnish blood. I know it’s a cultural trait. Does that sound too politically incorrect? Well, ask any Finn. Hell, for that matter, ask any writer.

When I was growing up, my mother was a stay-at-home mom. The year I went to college, she began an LPN program in nursing. We were college freshmen together. Later, she worked for a while as a nurse until my father suffered a massive heart attack. At that point, she devoted herself to nursing him and did it for thirty years. Did I mention my mom knows some stuff about love?

Take another look at that photo of the cake pans. When my mom sold our farm, two days after I took that picture, it wasn’t on a whim. After my dad died, her income dropped to where she couldn’t afford the farm. Simple fact. Things were different for my mom and dad’s generation. Like many of her female peers, my mom didn’t have a retirement account—she didn’t have investments. She found that she had to sell the home she’d been born in and had lived in most of her life, just to finance her own independence.

I don’t understand anyone who wants to reduce or eliminate the small income that people like my mother receive through Social Security. I can’t fathom those who want to make my mother leave her safe four walls to vote in the middle of a pandemic. My mom will vote by mail in the fall—and I will too, in part because I know that our polling places are staffed by local senior citizens (more senior than I) and that the polls this year could be dangerous places for them. Community by community, we should be finding safer ways.

Minnesota, where we live, allows and is encouraging mail-in voting. But were it for some reason to slough off its conscience and take steps against voting by mail, I can say this, in this fifth month of COVID. I may fail every political and social membership test. I may seem wishy-washy for claiming too many categories. But I’ll swim through molten glass to get to my polling place and vote out those who’d take my mother’s pittance away, not to mention her safety.

And my heart tells me I’m not the only one.