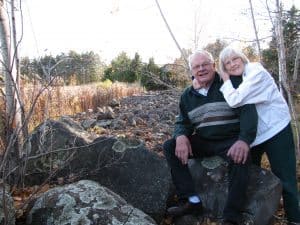 When I was in my late teens—quiet, a bit shy around people I didn’t know well—I was hanging out one day with my cousin, whom I saw often and who knew me as well as anyone. With members of the family, I felt no reserve, and I was carrying on, chattering, about something that had happened to me.

My cousin, looking exasperated, suddenly said, “You always talk about yourself!”

I was so knocked off track I probably didn’t talk about myself for several minutes. The fact is, my cousin was right. I do talk about myself. I wonder about my life, how it relates to others’ lives, what it’s for, what this world is about. There’s no surprise here. I’m a writer, and it’s what writers do. The human condition is fascinating and compelling, and I, for one, can’t shut up about it.

I began my writing life as a poet when my first creative writing teacher—a charismatic poet who rode his Harley to campus—set me on that path. After waiting tables for a while after college, working in offices, selling women’s clothing—the usual checkered history, all the while writing and publishing the occasional poem—thirty years ago this coming September, I entered the MFA Program in Poetry at UMass, Amherst. When I was done with that and had moved on to teaching college English, I branched into writing prose. Creative nonfiction essays followed—and plays—and eventually, my novel, A Notion of Pelicans, which is coming out in September. It was inevitable, I suppose, I’d get around to writing a blog.

In the coming months, I will be writing here about roots and rocks—my roots, the bedrock of my experience, those things that feed and ground me. Anchoring the main “Blog” page on my website is a photograph I took of a rock root cellar I saw when I visited Finland when one of my plays was produced there. My very Finnish grandparents had root cellars, as did most every farmer where I grew up. Rocks and root cellars are part of my history. Rocks seemed to grow overnight on those Lake Superior country farms. Rocks were in the root cellars, the foundations of houses, along the fence lines. The photograph at the top of this post is of my parents sitting on one of the rock fences at our family farm.

I’ll be writing in this blog about who I am, where I’m from—the terrain of the region, the weather, the people—and who my people are, those near to me. I’ll think out loud about how I became a writer, and I’ll write about my creative work—where it came from, how I shaped it and how it shaped me. Eventually, as the time arrives for A Notion of Pelicans to be released, I will focus on the world of the novel—the characters, the setting, the process of writing it. Something I think a lot about is how my work in the different genres is linked. Some of the stories I’ve told again and again, first in a poem, then an essay, and then, sometimes, treated fictionally in a play or the novel.

Some of the blog posts to come will be like this one—me thinking aloud about something. Others will be essays I’ve written that focus on the rocks and the roots I’m talking about. I’ll introduce you to a few of my poems, starting in the next post with the first poem I published. That one, of course, is special to me.

I want to thank you for visiting my blog, for being generous with your interest and your time. There are so many places you could be spending them instead, and I’m honored that you’re here.