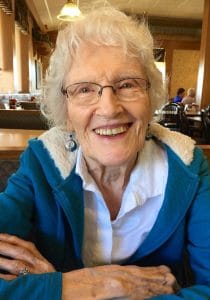 A Daughter of My Mother

I’m not only talking about my mother, Rauha, though she taught me well. That’s my mom in the picture at the top of this post. Her family called her a Pippuri Maija when she was a little girl. That’s Finnish for “Peppery Mary.” Apparently young Rauha was a charming handful. Mom laughs when she talks about it now. She’s still peppery to this day.

Saying that I am a daughter of my mother is a way of saying, “I’m every woman, and every woman is me.” It makes me sad to see women increasingly aligned against one another. We don’t share a sense that we’re all a daughter of our mother, an individual spark in a bonfire. It disappoints me, because I see our commonalities as far outweighing our differences. My heart and head tell me we should burn in solidarity—not against men, most of whom partner beautifully with us despite our human foibles, but for the human family.

There was a time I didn’t realize it.

When my first husband and I sorted through the sorry details of our divorce, we decided that each of us would take one of the two credit cards we had. Not long after we’d separated, I called the bank that issued our cards. Without having identified myself yet, I explained my situation, and the woman on the phone said, “Your husband will be able to keep his card, but you’ll have to apply for yours.”

I pulled the phone away from my ear and stared at it. I couldn’t believe what I had heard. When I asked why, she said, “Because you’re the wife in a divorce.” I was pretty much speechless. I thanked her and hung up.

My now-ex was as disbelieving as I was, and we conceived a plan. Over the next months, he used his card, and I used mine. He passed the billing statements to me when they arrived, and I paid them. After I had a billing history without him, my ex wrote to the credit card company confirming that he’d not used my card or paid the bills since we separated. When I talked to the bank a final time, the company let me keep my card. I didn’t have to apply.

The more I talked to other women, the more I realized that the unfairness of that situation with my credit card was the tip of an iceberg. That jolt of reality was a catalyst in my thinking. What if I hadn’t devised a plan? What if I hadn’t had a reasonable ex? Until that point in my life, I would not have described myself as feminist. In fact, I was adamant that I wasn’t. The simple truth, though, is that I was feminist, and always had been—I cared about the well being of women, including myself, enough to fight if I must. It took my credit card company to make me see.

But that was the Eighties—things are different now?

Yes, and no. I don’t see the progress that’s been made as something I can take to the bank—it’s not undisputed currency. I’m not by nature inclined to carry a sign or march in the streets, though my convictions run as deep. No, I use my pen. When I finally wrote a novel that I actually finished, it was about women’s lives, the things we come up against, which are often pretty pissy. I wanted readers to think about it all, more than they might have.

The core assumption of my novel, A Notion of Pelicans, is that, even in the seemingly homogeneous heart of the Midwest, there’s not one right way for a woman to be. Not single or married, not conservative or liberal, not progressive or traditional. The women in my book are different in background, attitudes, and beliefs, including their beliefs about God. But each is a daughter of our mother, working intuitively to matter in life in a good and lasting way. After a bit of stumbling, they’re ultimately there for one another.

Some years ago, a woman’s group that I was part of held a raffle to raise funds. I love earrings, love to wear them myself and to see what other women wear. The adornments that a woman puts into her ears, so close to and highlighting her eyes, speak volumes about what she’s feeling that day. For the fundraiser, I donated a pair of exquisitely geometric earrings made by a local artist, and I paired them with a poem I’d written and framed.

In honor of women, of the bonfire we are, here’s the poem:

She is small in stature,
or she is tall. She walks the homely
hours like a feather lifting lovely
on a breeze, then she takes
the day with purpose, now a whisper,
now a clamor.

Her eyes are without color,
here gray, there green, yet there
blue, black, or brown. Her hair,
the same—it flows, the silkiest silk of corn,
or stands up, thick, a mind in every strand,
stands out, stands apart, dares
to riot and provokes what it dares.
Then again, she has no hair at all.

Cities know her name—buildings, squat
or towered, streets, rivers flowing under
and between. Meadows know her,
where deer feed, the hushed margins
where they sleep. On her shoulders
rides a world: cottages, castles,
schoolyards, concert halls, she carries ships at sea,
offices with plazas, warehouses,
farm fields, mines so deep.

Mother to it all, she bares herself,
loosens her sheath to rush, when she must,
the gates and battlements. Fierce
little architectures dangle from her ears—
she turns her head, they flash
in warning.